GUIDE Guide to the Locations of Avadon 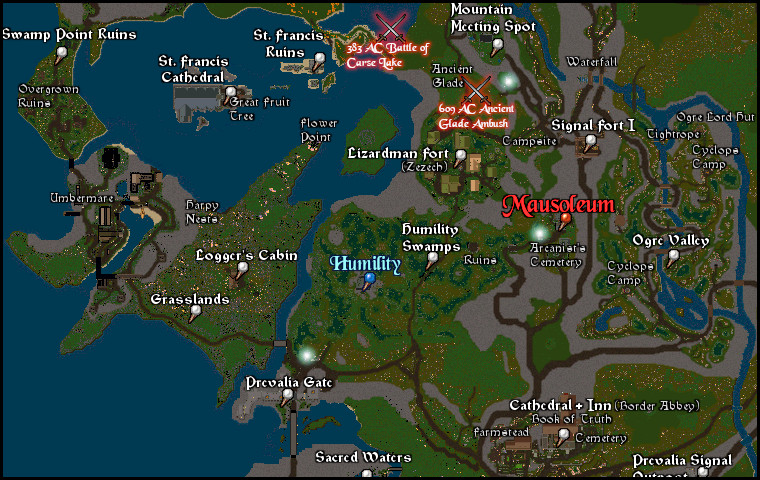 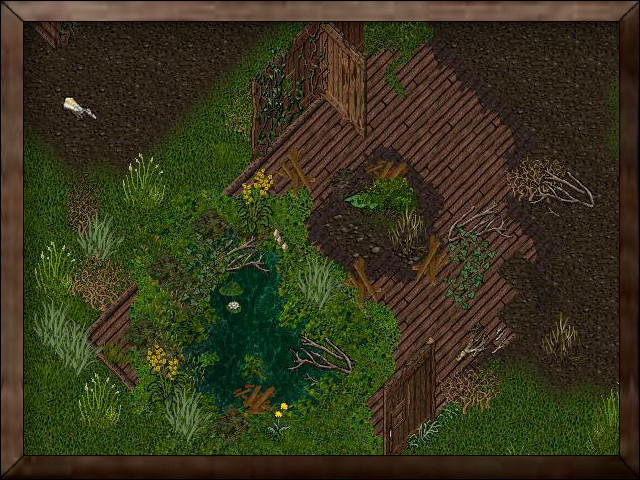 If the theory that Blood Isle and Morthuna are indeed ancient Skara Brae, then these swamp-flooded ruins of farmhouses could very well be the long lost Skara Brae farmlands. 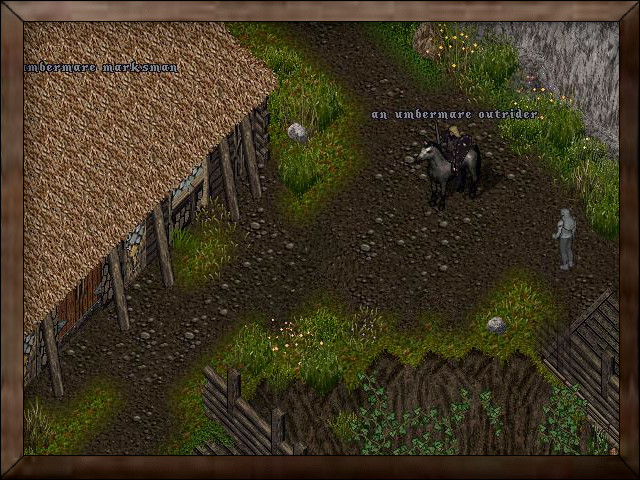 The people of Umbermare strike a great deal of similarities to the Norsemen of Falkvangyr and Tanner’s Northern Keep. It is quite possible that they are descended from those Norsemen of the Outpost Region. However, one can’t say for sure, as the Umbermarians do not speak the common tongue, nor do they seem willing to teach their language to others. Instead, they favor burying their axes into the heads of anyone trying to communicate with them. 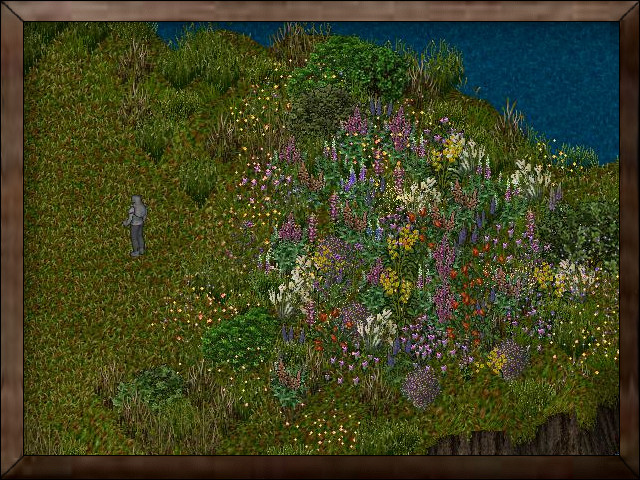 A story I heard once states that a great Prevalian King (though the story does not name which one) planted these flowers here along with his wife. No records can confirm this story. 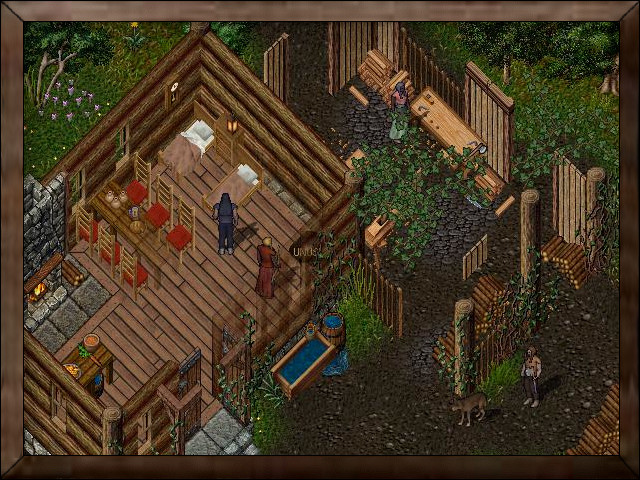 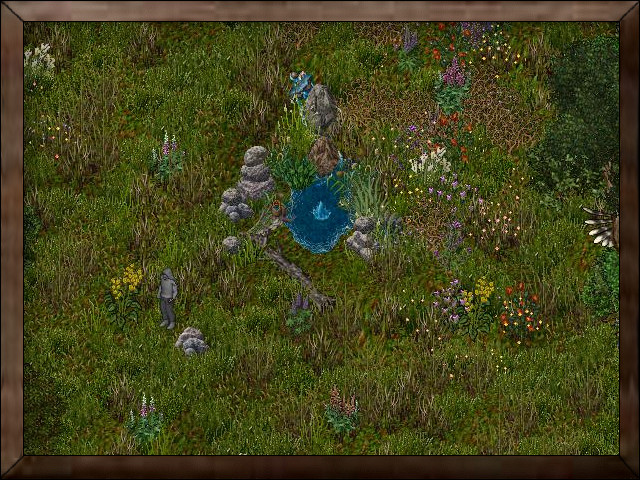 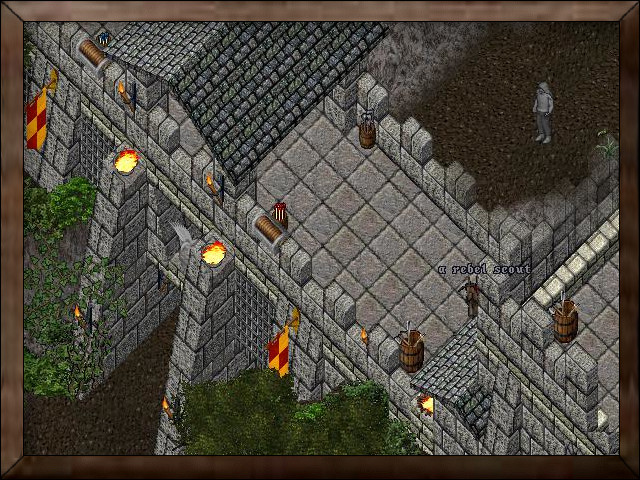 This once secured a boundary between Prevalia (when its influence extended this far south) and Cambria. The Prevalian soldiers who occupied this area have since turned rebel and no longer answer the call of Prevalia. 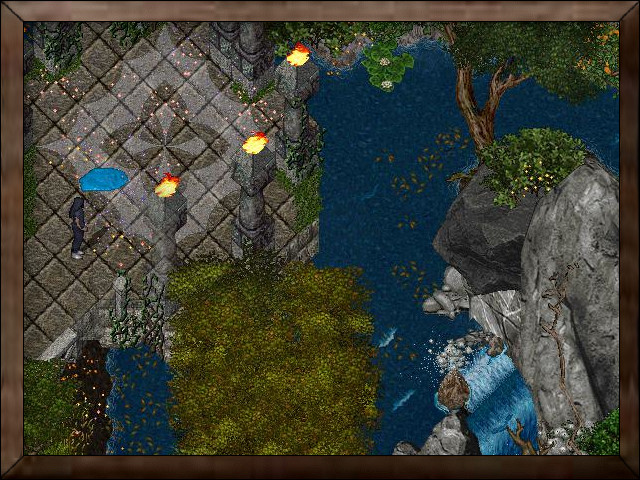 A supremely beautiful and idyllic location, save for the hateful elementals nearby! There is definitely some sort of magical focal point here, though no true studies have been conducted in this area. 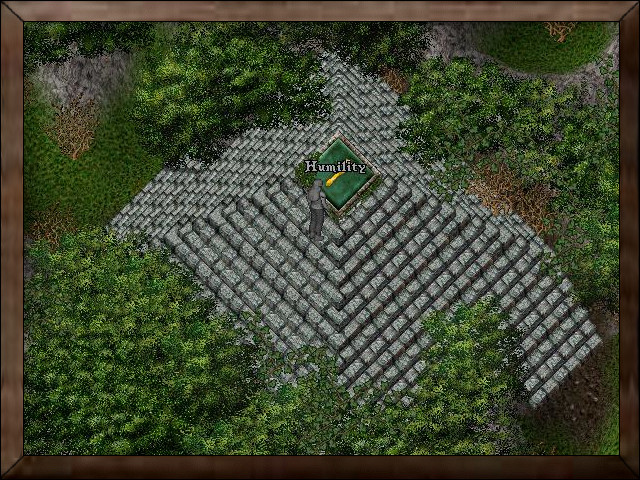 Established between 413 AC and 425 AC by missionaries on behalf of the St Francis Cathedral to spread the Virtues. 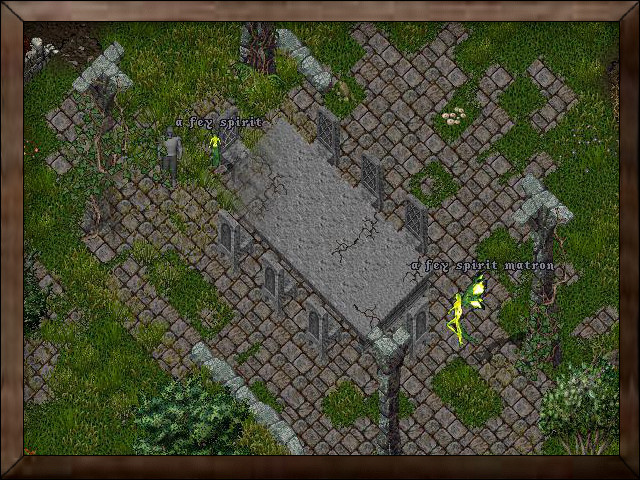 During the year of 609 AC, the rulers of all three Kingdoms met to discuss peace for the first time in a long time. The Prevalian King and his son attended, as did the Cambrian King. Regent Cailith sent a trusted diplomat to take his place during these talks. Nobody knows what happened that fateful day. The rulers sat down to talk in the Ancient Glade and sent away their guards and generals. When the guards and generals returned, all of the rulers had vanished and a black moongate was present. Each Kingdom’s generals blamed the other Kingdoms for the disappearance of the rulers, and each retreated back towards their own lands. However, a great deal of suspicion fell upon Luka as the mastermind behind the disappearances. 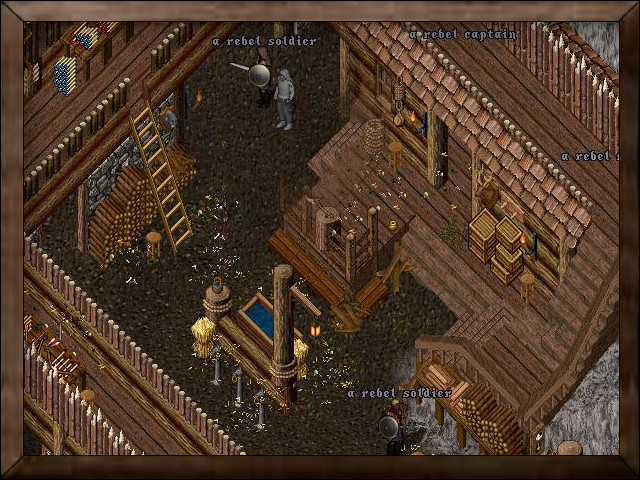 Overrun by Cambrian rebels, this signal fort will most likely never be used for its intended purpose. 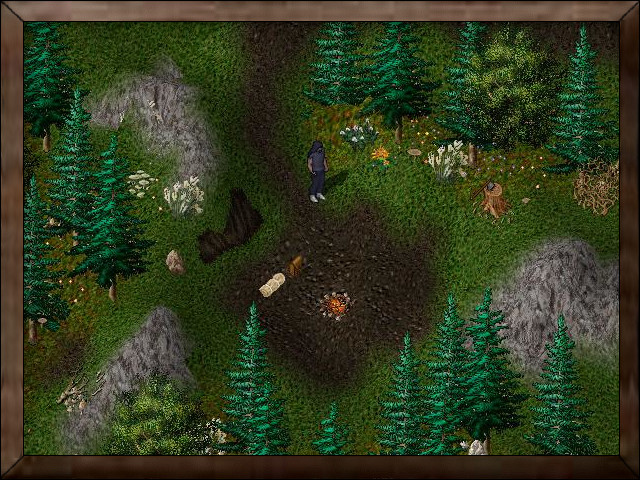 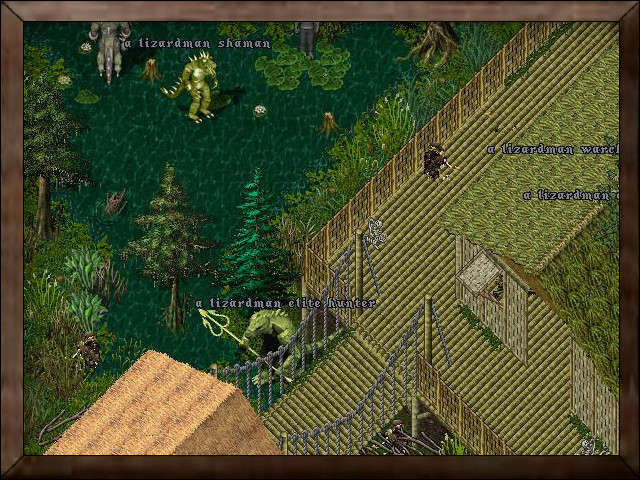 The lizardmen established a prominent fort on the northern outskirts of Humility Swamp. With no strong armies to dislodge them, they will most likely remain a menace to the area for years.


Mausoleum (See the Mausoleum Dungeon Guide for more information)
Little is known about this place except that it is infested by a powerful cult which performs exceptionally heinous experiments. Whispers abound of deeper, darker secrets and far more sinister things lurking deep below, pulling the cult’s strings. 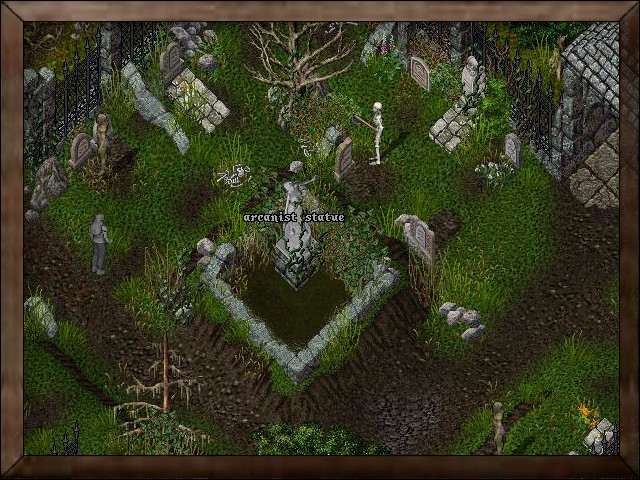 This cemetery outside of the Mausoleum perhaps gives the first clue as to what the Mausoleum was at one point, as it seems to signal that this area is a place for deceased arcanists, though who practiced and manipulated potent magic. It is perhaps why the cult moved into the Mausoleum, because the dead there have special properties… 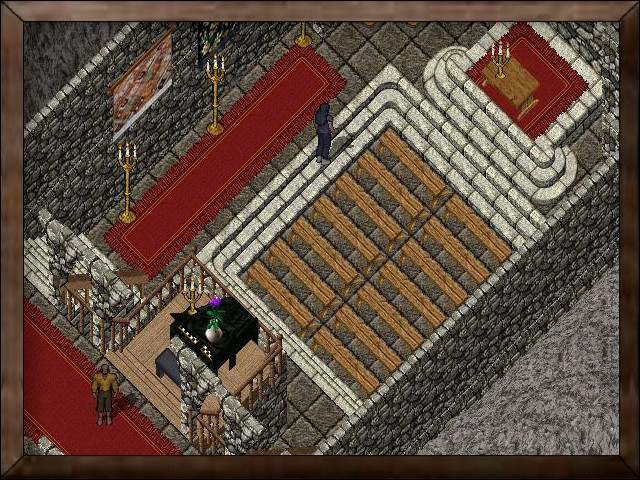 A safe wayfarers refuge so far from civilization, this place offers sanctuary to all. Known as the Border Abbey, it was established by the missionaries of St Francis, this is perhaps one of the last truly venerable places left standing. 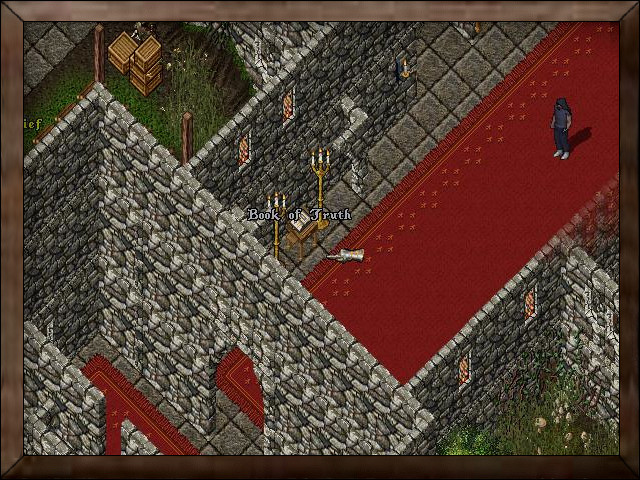 Perhaps what makes the Border Abbey particularly special is the fact that it is home to the Book of Truth, the only one of three great artifacts of the Virtues to not be lost to us. 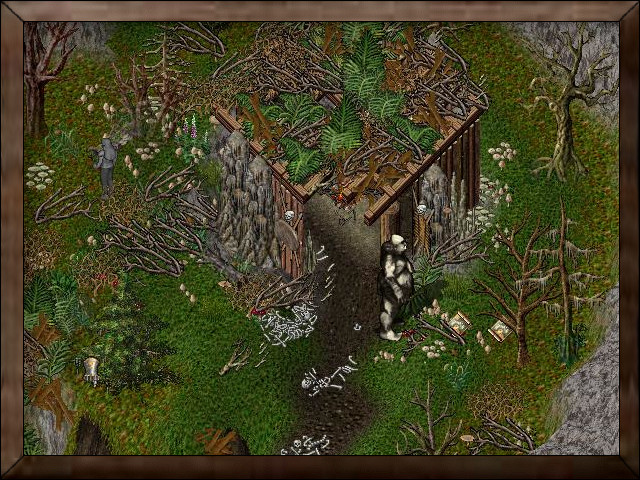 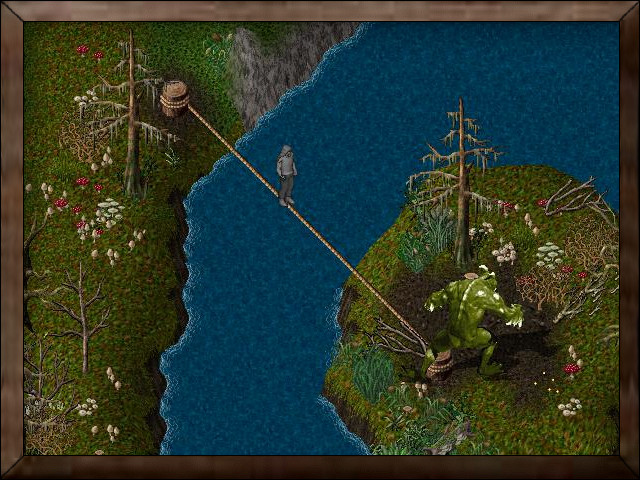 Who decided to set up a tight rope here? Did the giant lizard set it up? I presume a great quantity of ale was involved. 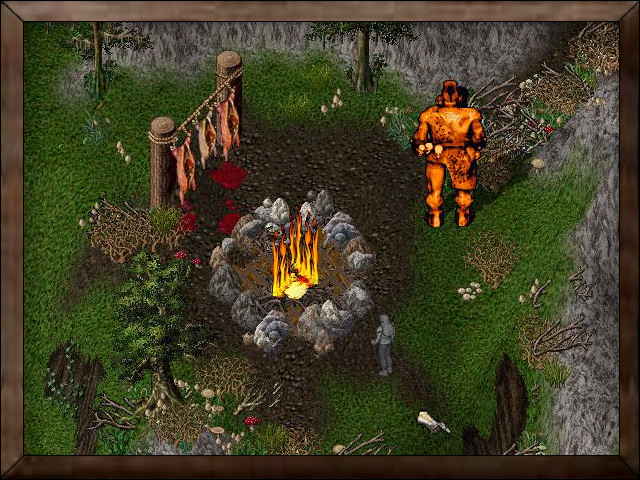 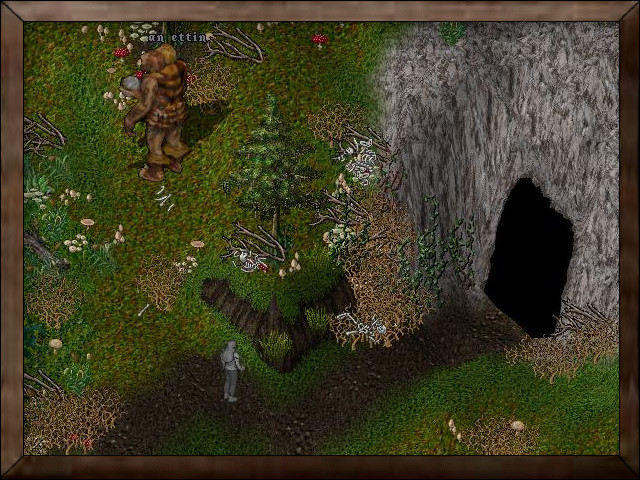 Be wary when traveling through these areas for a great deal of monstrous humanoids reside here and they do not take kindly to those smaller than them.
Last edited: May 31, 2019 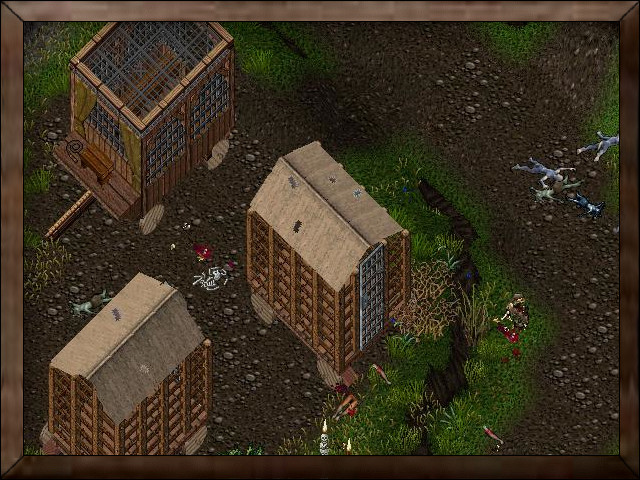 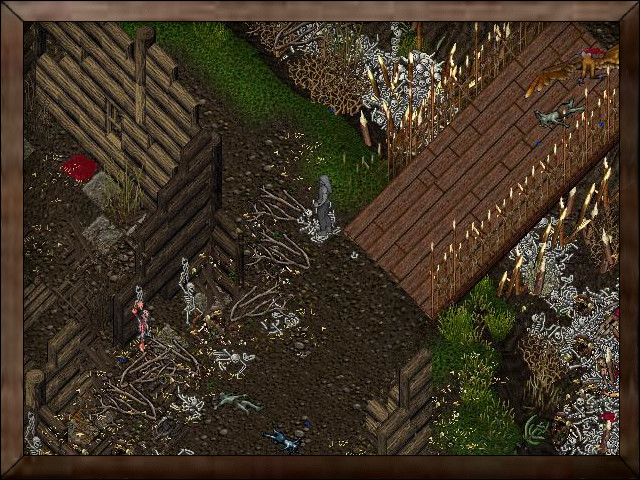 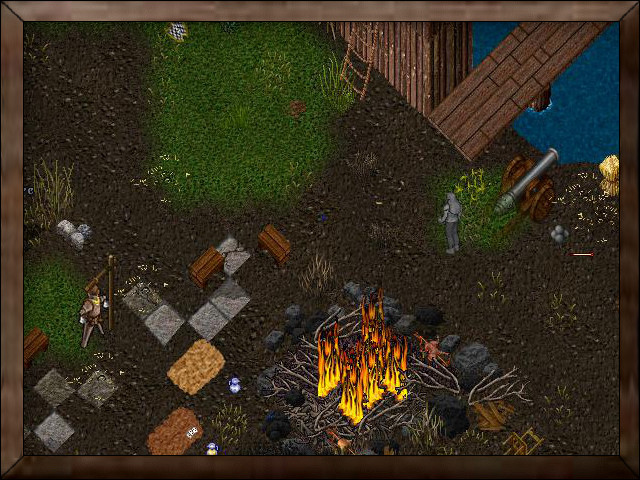 These areas used to occupy the space where the Daemon Keep now exists. 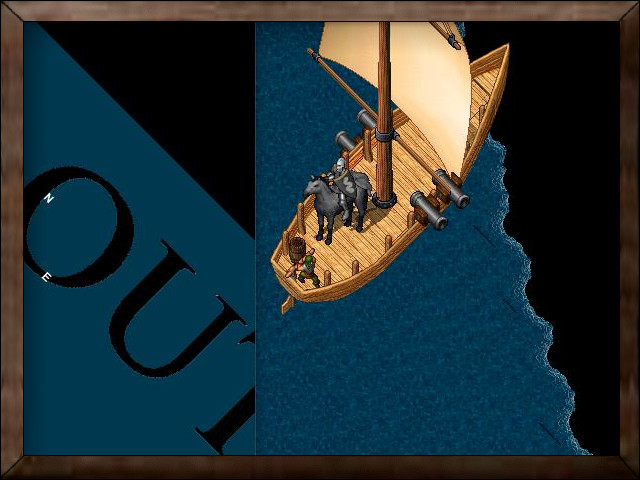 A bizarre rift in the ocean. The water simply falls into nothingness, and the void is pitch black, not a single glint of light eminates from within. A most bizarre place! 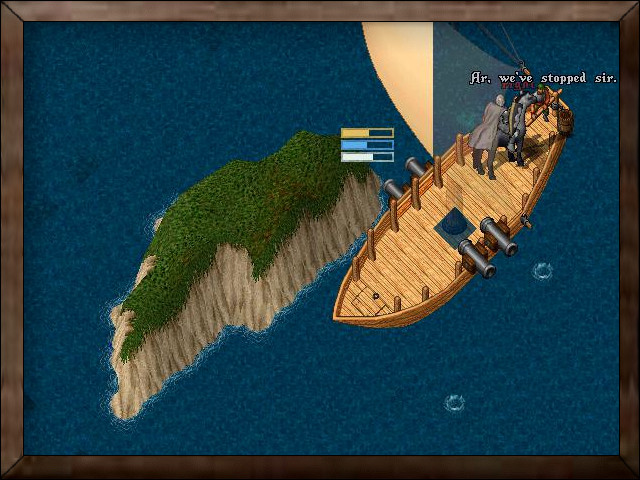 Perhaps one of the smallest known islands.
Last edited: May 31, 2019