Sir Tibal braced himself along the railing to steady himself. The Sea Dogs had masterfully navigated the squall, but the soaked deck and fitful waves provided a steady reminder of the crew’s most recent trials. In spite of the, er, unpreferred mode of transportation the Knight-Commander was optimistic. Shore birds cawed raucously above and the silhouettes of buildings could now be seen on the thin line of land across the misty horizon. Steadily on the frigate churned towards their destination. The weight of the Knights’ recent battles weighing heavily on his mind. Wins, losses, it didn’t matter. The open hostilities against the enemies of Virtue was taking a toll on the Order. After much preparation Sir Tibal could feel the anticipation of promises of much needed relief in the pit of his stomach. Or perhaps that feeling was….
Sir Tibal leaned over the railing contributing his recently eaten breakfast to the depths of the sea.

The Sea Dogs were busily securing the ship as the small contingent of Knights thudded down the Southreach Inn pier. As they approached the compound a gathering was awaiting them. Greetings and courtesies were briefly exchanged between the Innkeeper; Sir Tibal and his retinue and if the Virtues aligned soon to be allied Sir TankRage and the Knights of Ultima. The correspondence had already flowed between the two Orders for many moons. Many details were exchanged in the pursuit of mutual aid. All that was left to do was finalize the few remaining negotiations and sign the treaty. 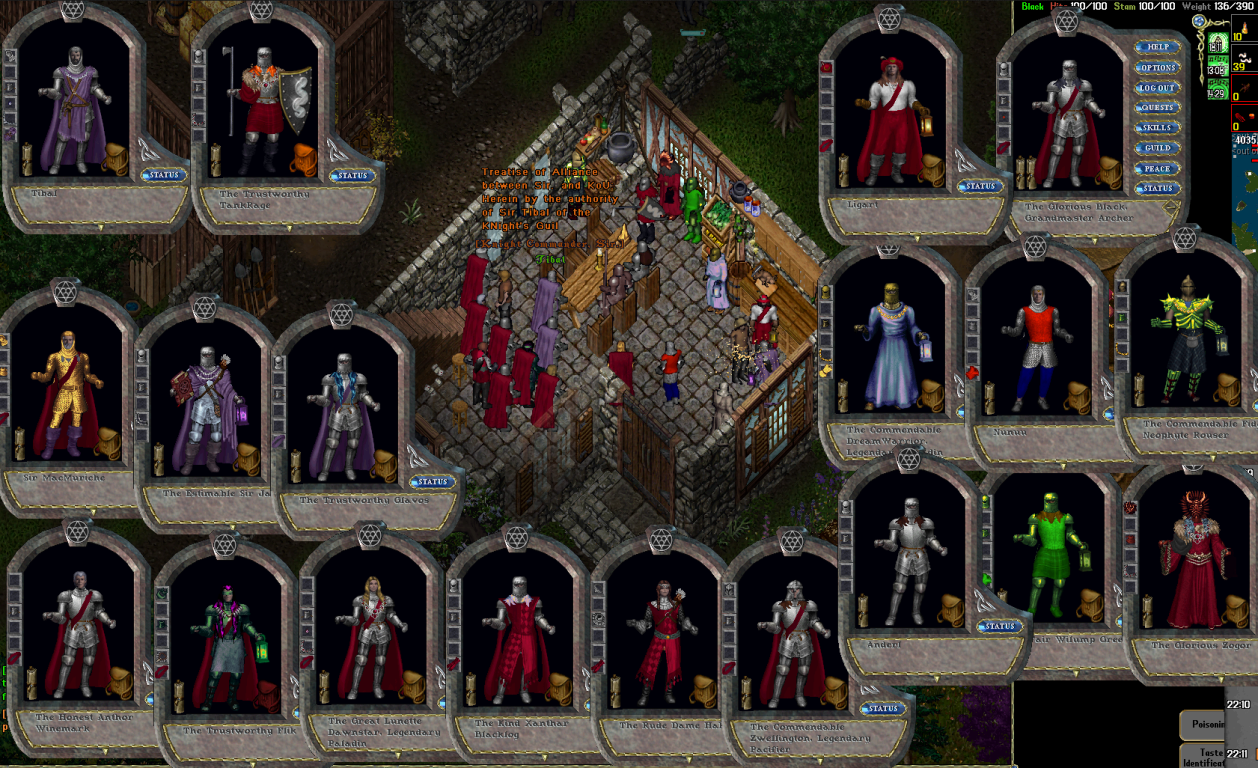 The day wore on as the two groups of knights discussed recognitions, authorities, rules of engagement … and the list went on. As the sun retreated below the horizon Sir Tibal slapped Sir Glavos on the back of his left shoulder and then reached across the table to shake the hand of Sir TankRage. With the final details concluded, the two parties celebrated with free flowing ale, honeyed cakes, the Southreach’s finest cider and near endless tales back and forth of heroism, honor, duty and victory. In the backroom to the flicker of candles the Friars worked through the night to finalize the text of the treaty.

The next morning with the songbirds merrily singing of the day, the cool breeze off the sea the two Knights took turns signing the treaty. With the final signature the deed was done. Sir Tibal had bolstered the Knights’ bulwark against evil. The Knights of Ultima had increased their strength of arms through alliance. And verily the goodly, Virtue loving people of Avadon became ever safer from harm. 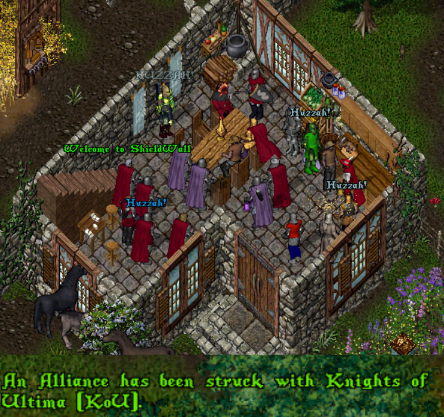 Sir Glavos eagerly awaited their landing on the shores of Southreach. Many preparations had been made for this moment... It was almost time for the Knight's Guild to meet their new brethren, the Knight's of Ultima, and birth a new era for Knights across Avadon. The Virtues be praised, and upheld, for the time of righteousness was at hand.

The meeting of Knightly orders was glorious as men and women of Virtue gathered around the table at the inn. Stoic but welcoming, the meeting went without a hitch. And with the signing of the treaty, an alliance of Honor and Steel was formed. Huzzah!!

Not long after, as is customary with knights, the Southreach tavern felt the thunder of celebration brought by the heavy hooves of noble steeds and iron armor alike! Ale flowed and songs were sung to rejoice in this glorious day!... TO THE ALLIANCE OF HONOR AND STEEL! HUZZAH!!!! 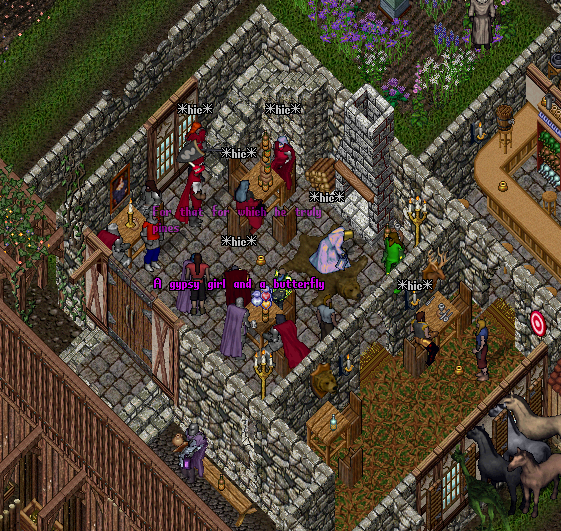