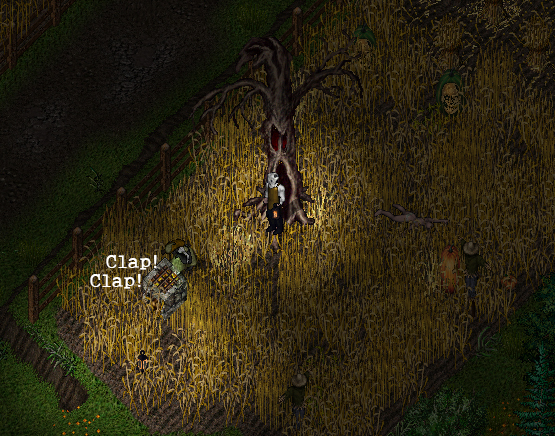 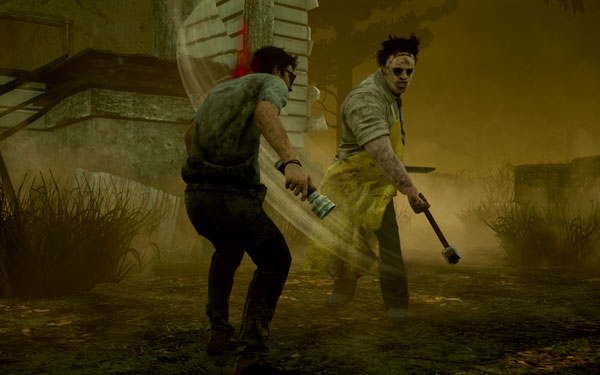 Leatherface, tired of entities, has been transferred to Outland.
Even here he searches for victims.
If you want to live, fix the generator quickly! 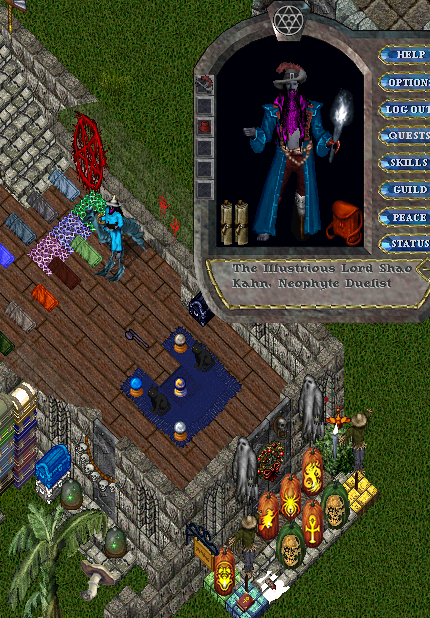 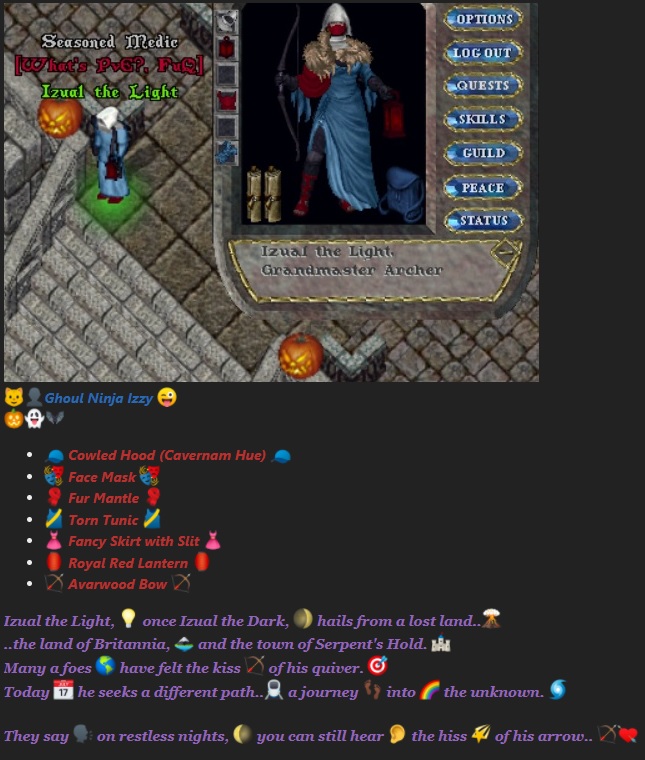 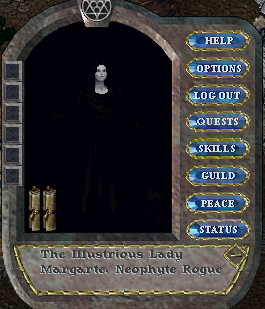 Head of a Ghost.
Blow Pop
Arena Everything. 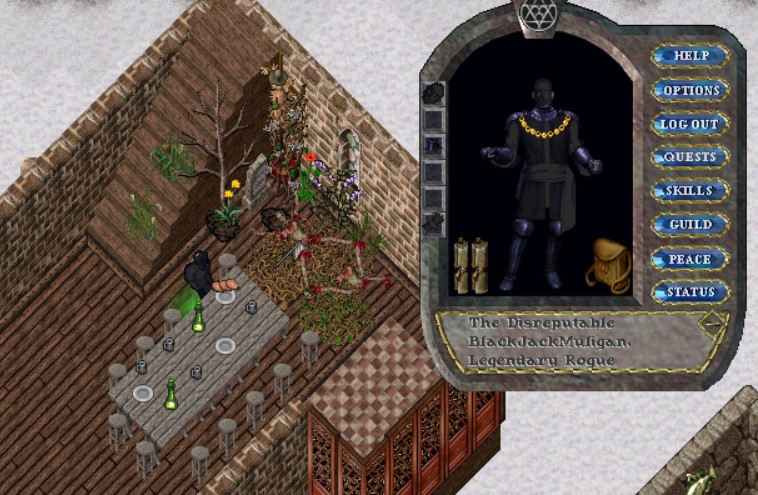 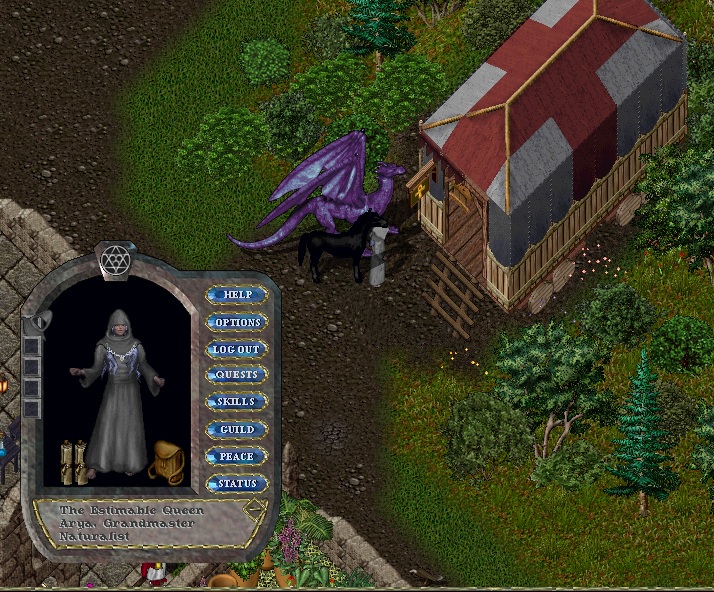 I figured this is how I spend a good portion of my time in the outlands because of issues beyond my control ;}

Tasked with scouting for orc activity, Faye makes her way to one of their strongholds.

"You will never walk again...but you will fly!"
―Three-Eyed Raven

The Three-Eyed Raven is the last greenseer, a human living among the last of the Children of the Forest beyond the Wall. His real name is unknown. Under the guise of a three-eyed raven, he appears in Khal Draco's vision-dreams, following his epic journey to Legendary Tamer, prompting his quest in UO Outlands and guiding him to his man-cave in which his real human body resides. There, Khal Draco trained taming to legendary status and wrote a forum guide about it, which is widely used throughout the UO Outlands community. 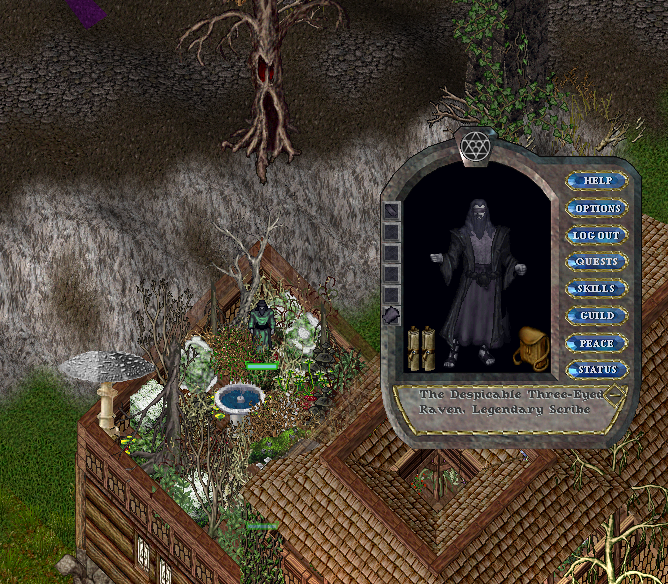 (Three-Eyed Raven in a state of "greensight")

Greensight - The Three-Eyed Raven is an ancient and immensely powerful greenseer who can perceive the past, present, and future through visions and time travel with ease. He helped Khal Draco travel back in time to the past to allow him to see Owyn's vision for UO Outlands. The Three-Eyed Raven can undergo periods of greensight for seemingly unlimited periods of time without interruption from outside forces (specifically his x-wife), showing his immense magical ability.

Lord Bile was dead in seconds.

Sweat dripped from Kelsier’s nose onto his stark white tunic.

During the fight, Kelsier couldn’t help but notice that it was strangely easy to switch from Air aspect to Water aspect and back. Easier than it had been before, as though he no longer had to channel the Good in the world. He was becoming one with it.

A cannon shot rang out in the distance. Kelsier snapped out of the dream. That’s all it was, a dream of a time long ago. A time all but dead - at least to him.

He swung the boat left and pulled for his spyglass. A fight. One perhaps I will never escape. Kelsier’s hair whipped to the side, revealing a toothless grin.

Surging in the direction of the shots, Kelsier ran his tongue over his raw, red gums. Body found floating by Corpse Creek. Maybe I’ll be Chet Kasey’s next story in the Cambrian Lantern. A shriek of laughter tore from his throat as he approached.

Ice Breaker rang out from the side of Kelsier’s boat. Before the unsuspecting sailor had recovered from his horror, a flying Glass Cannon pierced him through.

He tore his shadow coat off and his blood apron. His calloused hands tore his sandals and his doublet off as well.

He knew it was futile.

The blood and shadows were a part of him now - his aspect. Even as he clawed away his last piece of clothing, wisps of new clothes, the same as the old, began to form.

Perhaps someone will kill me tomorrow. 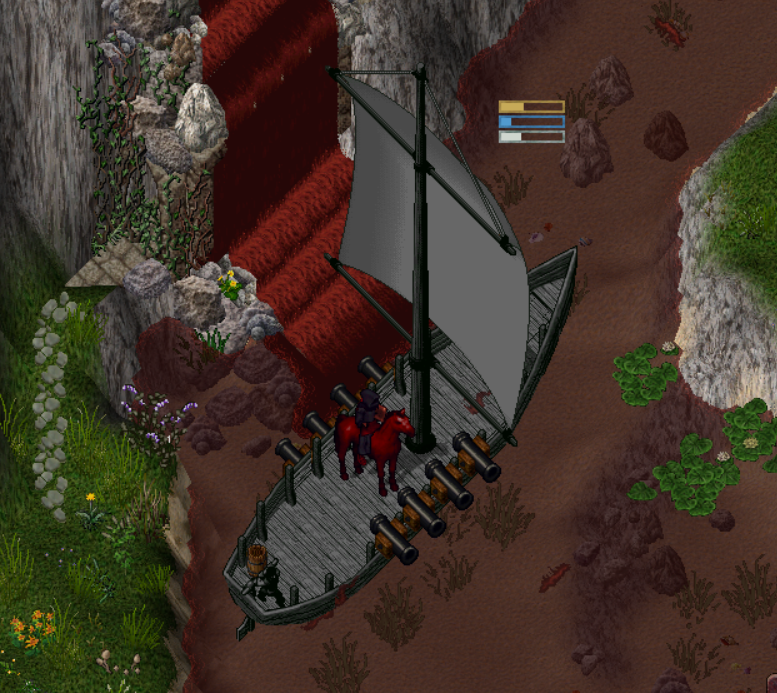 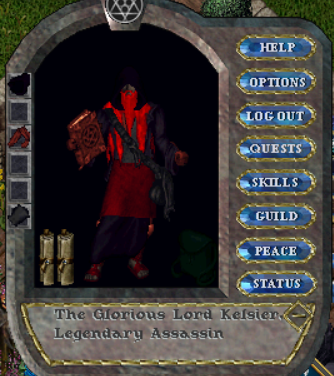 Before Outlands became a realm,

Ichabod Crane is dispatched to the hamlet of Prevalia, plagued by a series of decapitations. The head of innocent blue lives all found laying beneath the tree of souls. 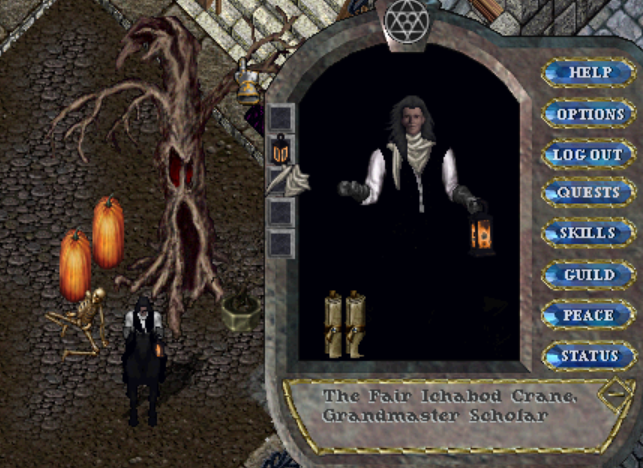 Skeptical of the paranormal story, Ichabod begins his investigation. He boards in Prevalia and witnesses the red horsemen named Veton killing innocents and taking their heads.. With the whole town whining about loose red restrictions and the might of animal tamers questioned, something had to be done.

His journey took him west of Prevalia, into the woods, where Veton hurled a newly generated supremely accurate harpoon through the head of Generic Tamer. Veton would continue to take the heads of other players until his head was returned beneath the tree of souls. Only those underneath a pentagram were safe.

Ichabod eventually retrieves the head of Veton and returns it to his grave, and Veton and all banished players leave Outlands forever - taking with them Generic Tamer.

Outlands is safe and free again thanks to the Grandmaster Scholar - Ichabod Crane (played by Johnny Depp). 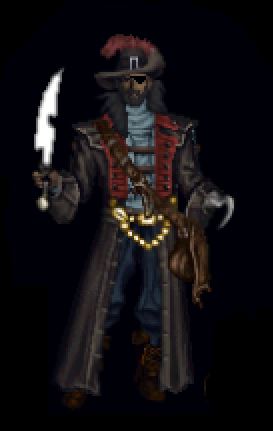 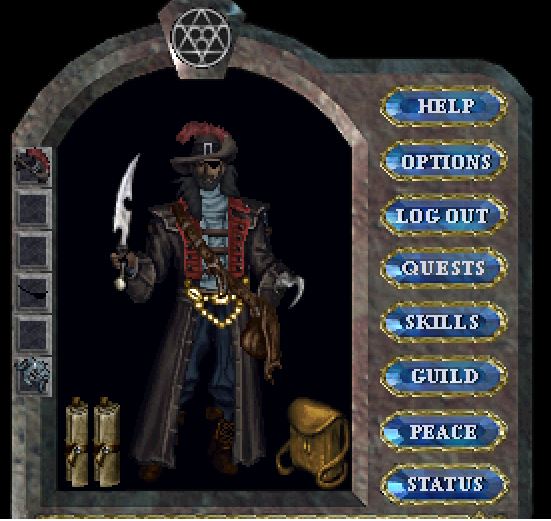 You hear your mother singing in outside your home. As you a headed down stairs you hear her whisper from the closet saying "Don't go down there honey, I hear it too..."

The Irish Banshee, a woman murdered brutally, leaves her place in the hallow hills and wails outside of a home to warn imminent death of a family member. 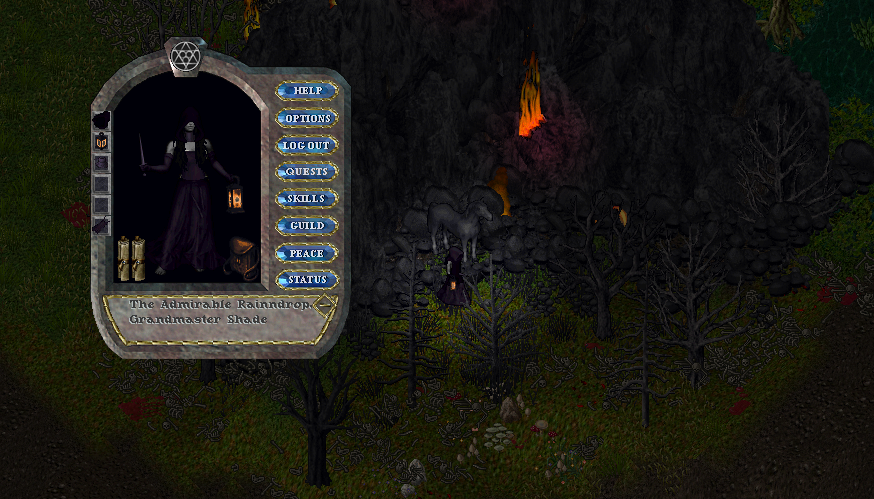