#1
Date: 7-23-2019
Objective: Raise Funds
Lead By: Sergeant Kenny Nelson
Present: Sergeant Kenny Nelson, Coreman Danica, Cadet Miriam Darkwater, Footman Olivue
As I walked into town I notice Sergeant Nelson and Danica rallying forces to venture into The Mausoleum. With no scheduled training or duties, I quickly fell in line. Moments later Cadet Miriam Answered fell in beside me.
Before starting off Coreman Danica had to travel to Prevalia to purchase some scrolls to expedite our travels. We then set out to the Library north of Outpost. Upon arrival to the entrance of Mausoleum, we set out for the third floor beneath the world be all know. We ran past beasts of all sizes and strengths and finally found ourselves slaying Apparitions, and crazy Banshees. Danica's amazing musically ability was able to pacify these beast and we cut them down quickly. 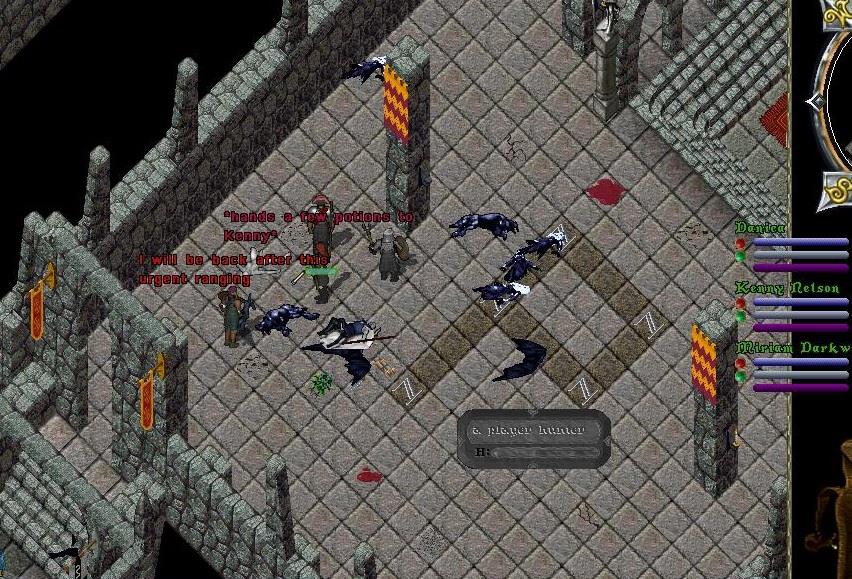 We mainly stayed in the Hall of Vampires slaying Bats, Shades Wolfs, Corpsebrides, and Countess. We made quick work of the majority of these beasts, But our Sergeant wanted to test our abilities as a group. Myself along with Coreman Danica were very hesitant to attack the Elder Vampire, and his Elder Countess, knowing the damage one can inflict on us mortals. Sergeant Nelson was able to push us into pulling the Elder Vampire into battle. After the initial hit that knocked me into critical condition momentarily, we were able to keep the blood loss to a minimum using the Cross healing technique. And once Danica's beautiful music caught the Elders attention, it was gold in the bank! 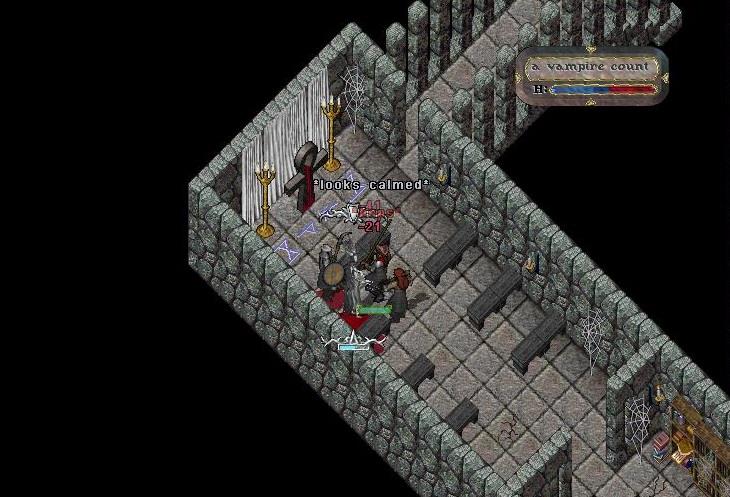 We found a small chapel inside the lower level, so we had a quick religious lesson. 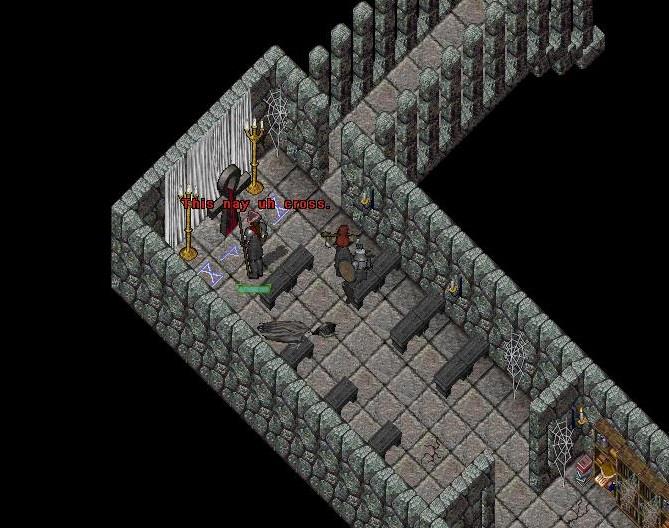 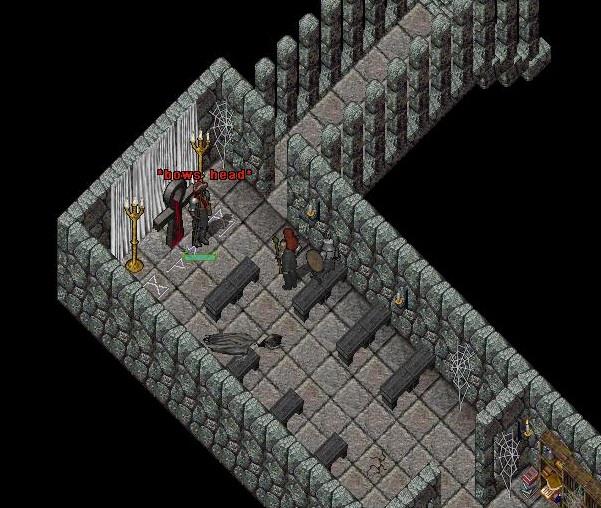 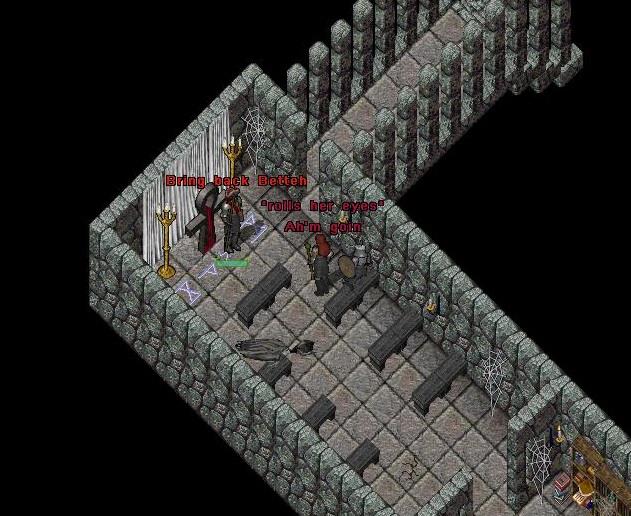 It was very quick, Since Coreman Danica was not amused by Sergeant's antics.
We continued to hunt when we notice a thief was lingering around. While attacking a vampire, the thief made his move with the slip of a hand.
After 5 ticks on the sun dial of hide and seek, we chased the thief to a house and he escaped.
Sergeant Nelson and I had to double back when we learned that Coreman Danica was ambushed by a band of Rebels in the valley. 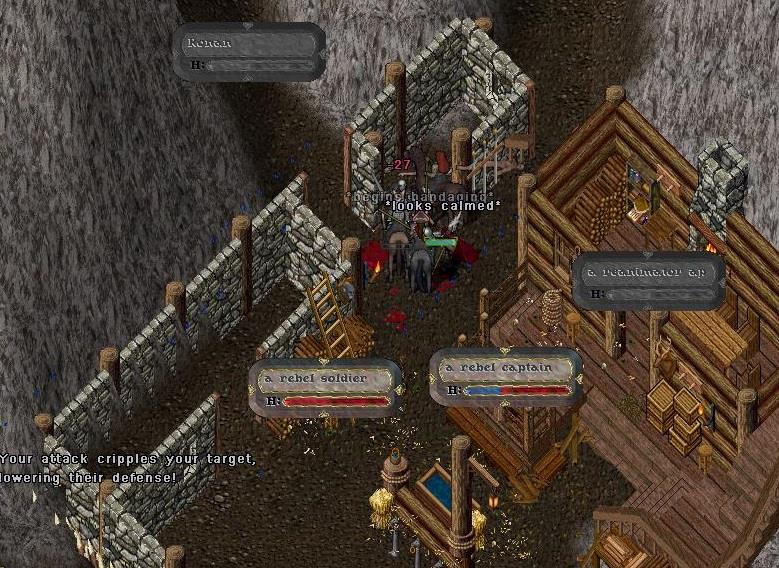 We ended the hunt by claiming the rebel fort as a temporary Yew Militia Fort. 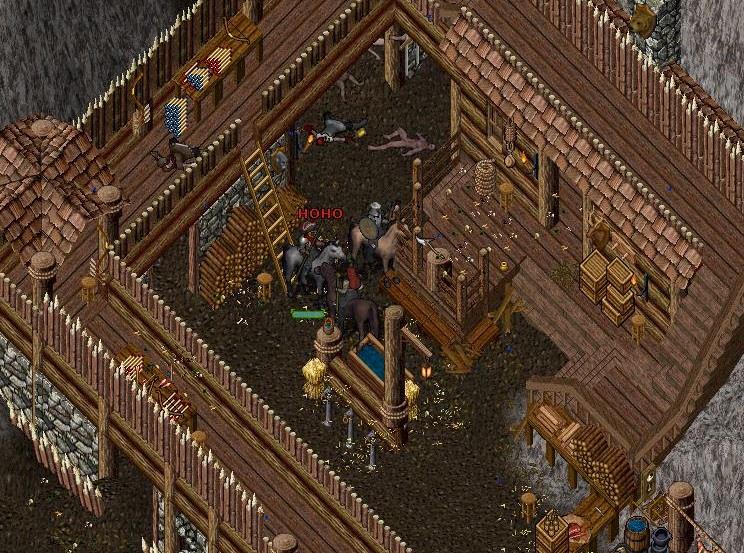 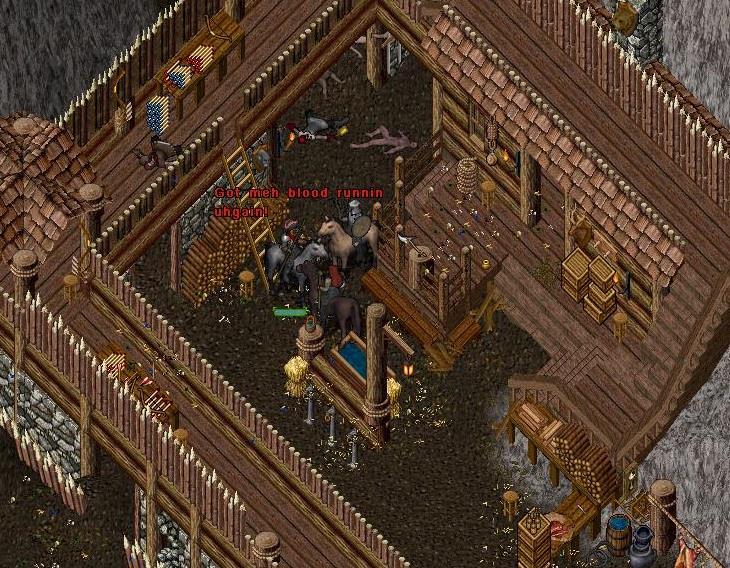 All in all a good hunt that tested our ability with good old fashion sticks forks and arrows. left the magic at home for another day.
Until next time,
Olivue
K