#1
The ancient ghoul Elyzira arrived to the Mausoleum to find a sickly looking lad sitting upon the porch. She found this odd; her vampiric cohorts keep the porch quite bloody, and not many would willingly sit amidst such chaos. She spoke to the lad, and in-between bouts of violent coughing and sneezing, he told her that his father had abandoned him weeks ago in a nearby village filled with "fools". Of course, Elyzira surmised, he meant Riverrun.

During his time amongst the militiamen, the lad fell deathly ill -- He claimed it started when Kenny Nelson, the notorious philanderer, coughed in his face.

Sensing that the lad could use some warmth (for he was shaking quite badly), Elyzira invited him to join her and her assistant Xenvelen by the enchanted fire in the haunted wood behind the Mausoleum. She also sensed that this lad might take comfort in the lessons of the Void. Perhaps he might even wish to enter a dark pact with her masters, the Shadowlords, in exchange for "treatment." She told him of the Void, and how life sprang from it, giving birth to pain. 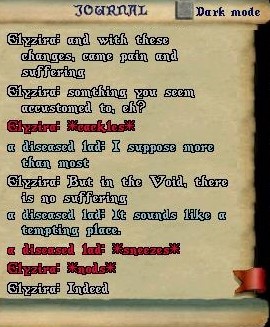 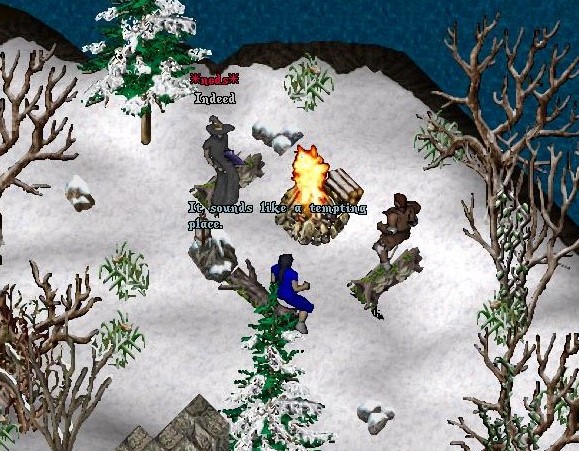 The tale of the Void, and the dark gifts that it may bestow, frightened the lad. But Elyzira sensed that they intrigued him, as well. His distate for the Yewians and his desire to escape his mortal fate, might prove an asset to her coven.

But before Elyzira could invite the lad deeper into the Void's embrace, the lad bid the two coven members farewell. He felt weak and desired rest. Xenvelen, always eager to help, offered the lad an apple. It would bring him comfort, suggested Xenvelen. The lad took a bite and quickly fell, for the apple was poisoned. 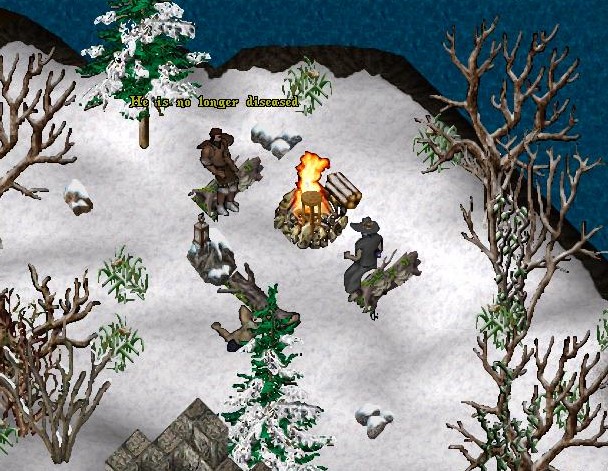 "He is no longer diseased," laughed Xenvelen.

Elyzira used her spirit speak in an attempt to reach the boy but could not find him. Will he be seen again? For surely if he is able to be resurrected by the local healers, he may yet again walk this mortal coil for a time.

And if his disease proves incurable despite resurrection, he may seek out the coven again.