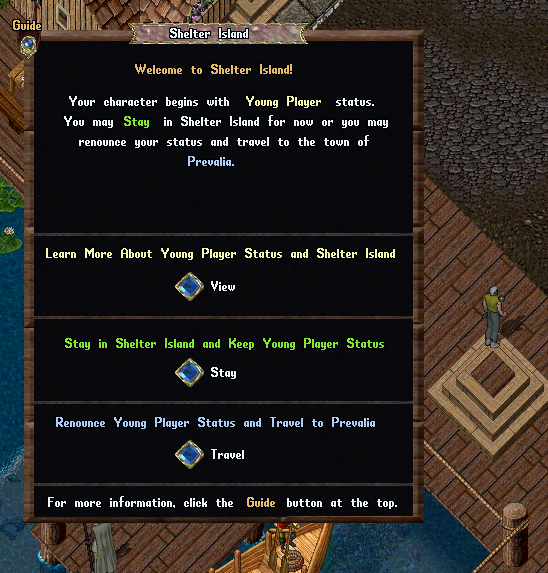 When players log in with a new character, they will immediately receive a Shelter Island Window that gives them three options: 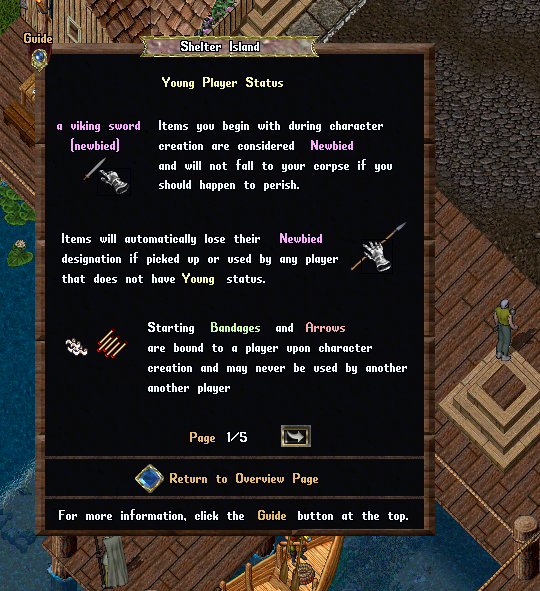 If the player closes the window without selecting either the 2nd or 3rd option, the window will reappear the next time they log in until chose one of those two options 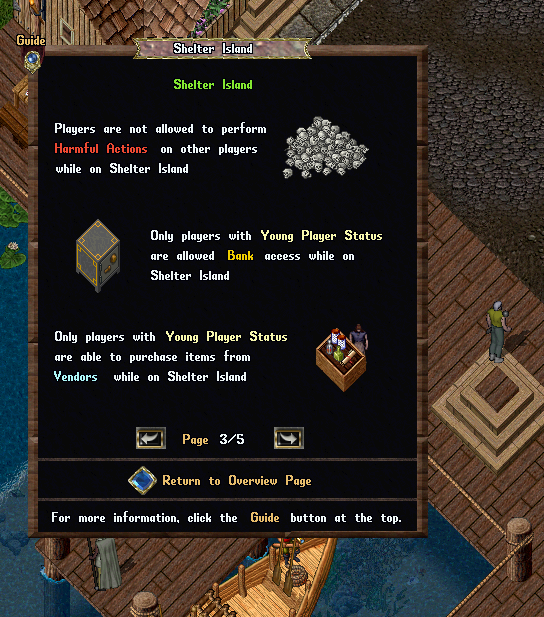 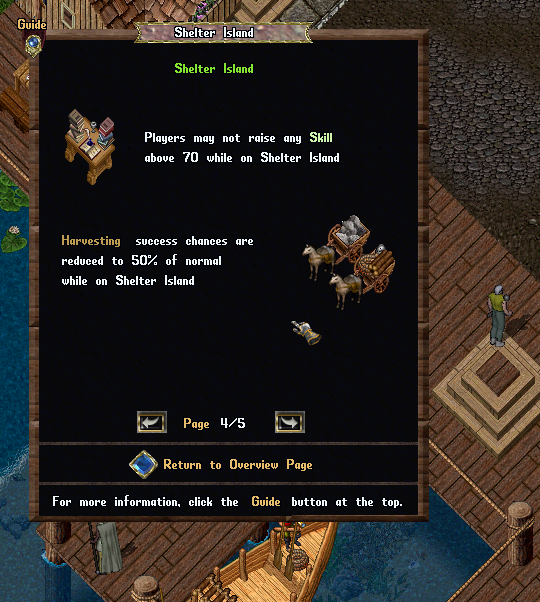 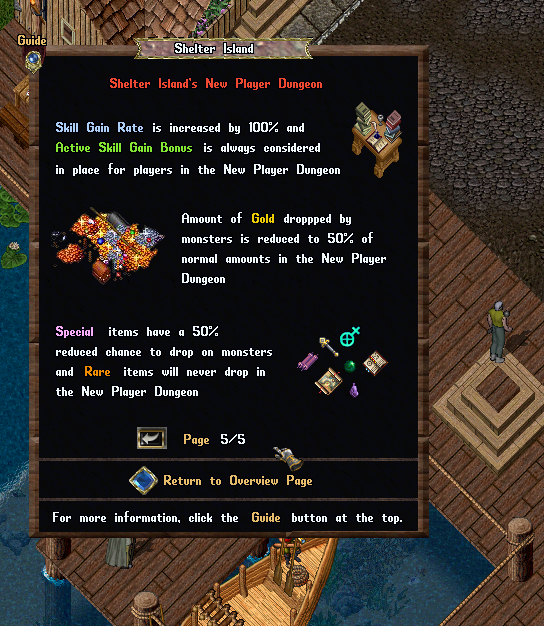 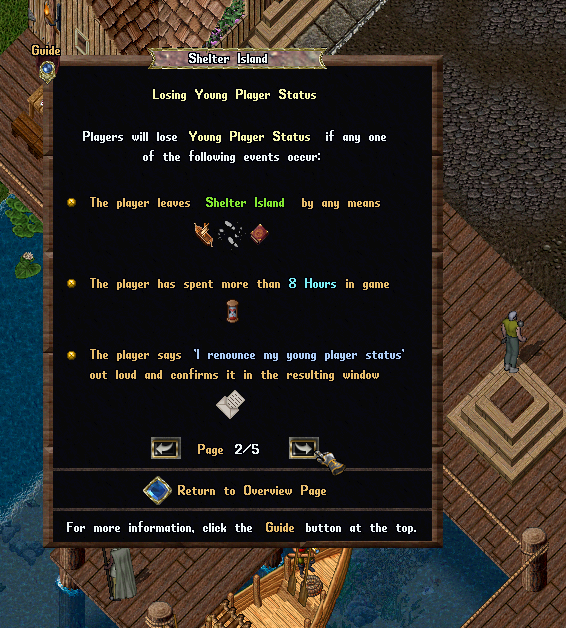 Players will lose Young Player status if one of the following events occurs:


If a player attempts to use a player-made moongate, public moongate, cast recall, use a teleporter, or get on a boat they will receive a confirmation prompt asking them to first Renounce their Young player status. If they decline, they will not be able to travel to the location

Once a player loses their Young Player status, all Newbied items they have equipped, in their backpack, or bank box will lose its status
Any Non-Young player that picks up or uses a Newbied item will cause it to lose it's Newbied status

#2
You may also remove your Young Status through your context menu.

#3
I think that is very short for new people to learn something of the game or get used to it.

I think that is very short for new people to learn something of the game or get used to it.
Click to expand...
There ought to be some sort of limit, but I could see taking 20h or something. I think it would be very very difficult for someone to spend 8 hours on Shelter Island and not cross the 600 skill point threshold. If anyone does that, though, I think it might be fair for them to retain their young status a little while longer

edit:
Is the 600 skill point threshold not a rule for retaining young player status anymore?

#5
Created a new character yesterday and wasn't a young player from the start. no prompt either. Is this based on account age as well?
*Also* The character name was the same as a previous character I made and deleted right before recreating.
You must log in or register to reply here.
Share: Facebook Twitter Google+ Email Link
Menu
Log in
Register