Tales From the Wizards of Avadon

What follows are various tales from the Wizards of Avadon. Many of these men and women followed a strict no-resurrection policy during their lifetimes, and thus their stories may end abruptly if their adventure comes to an end with their demise. Their passage may be reported in these records, or the end of their tale may be more unceremonious. Their tales are shared for your enjoyment and appreciation of the story of their life and times, and that you may take from their activities lessons for your own life. Other tales may be accounts of the exploits of wizards who are more accustomed to the typical Avadonian practice of resurrection. We begin with the story of Numquam Moritur, a man later in his years, who traveled to these lands after turmoil and struggle, seeking to follow The Way of the Wizard ...

[Editor's note: You are encouraged to addend a tale of your own to this volume, if you are yourself a wizard, or have an account to share about the activities of a wizard.]


THE ADVENTURES OF NUMQUAM MORITUR

Numquam landed heavily on the docks at Shelter Island, appearing slightly off-balance. The voyage had not been kind to his digestive health, and he was glad to be free from the nauseating rocking and swaying of the seas. Upon landing, he briskly made his way to the inn and gently folded open his Manual for the Way of the Wizard . The pages were well-worn, and the binding was warped from when his basement had flooded. Although the water damage had nearly ruined the book, he was grateful for it because he knew he might not have taken up this adventure had it not been for the event – however catastrophic it had seemed initially. He had rediscovered the Manual after it had been in storage down there for nearly three decades, thanks to the flood. While his past life had been lost, the future was an open book. In retrospect, he recognized that he had begun to feel trapped by his riches, back in his old homeland. The destruction caused by the flood had given him the gift of liberation -- to start fresh was now an appealing prospect, if a bit unnerving. The seasickness probably hadn’t helped his uneasiness during the voyage, however, in that moment, to be back on dry land and beginning anew felt like that much greater a relief.

He set about following the instructions laid out in the Manual, accounting for the notes he had made to himself based on conversations he had with fellow voyagers. Numquam had diligently tracked the relevant tidbits as annotations in the margins.

“Well,” he murmured to himself as he reviewed the text,” I certainly won’t start with Inscription…I’ll be needing as many charges on my spellstone as I can get…I know the market for scrolls isn’t what it used to be, so I’ll be sure to learn enough about Tailoring to make my own…Depending on how things go, I may decide to take up Taste Identification much later on in my training…”

After a fortnite familiarizing himself with the culture and norms of Avadon and initiating his training as a wizard, he felt ready to begin his adventures on the mainland. The mongbats of Shelter Dungeon had begun to recoil at the mere sight of him, and he felt prepared to move on from hunting them.

He made special note of the Avadonian practice of Resurrection after death. While he admired the people of the land’s commitment to the world of the living, he knew that this was not a cultural practice that he would follow. To simply take back up the sword after falling, to him, was a sort of sacrilege.

He was raised to accept the judgments of the Fates. “We only get one life,” his mother used to say to him, “so make it count!” Indeed, it was his firm belief that the finality of this one life made the joys and sorrows that much richer and more meaningful.

So, Numquam thanked the scribe for her help, and took his leave. 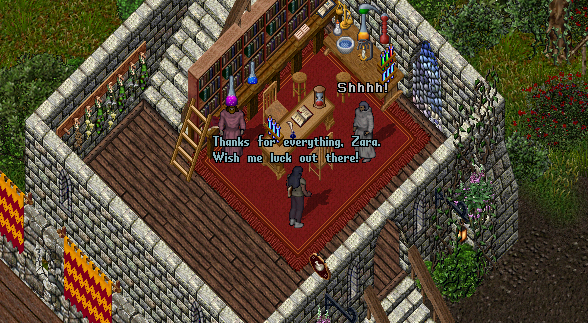 During his time in the Shelter tavern he had heard talk of some rowdy druids and faeries that had taken control of the forests along the coast just north of Horseshoe Bay. Conveniently, the merchants in the city of Horseshoe Bay had announced a rebate on the sale of all goods, so he decided to begin his travels by investigating the region.

As Numquam explored around the area, he was surprised by how difficult it was to traverse the swamps. He cursed his choice of footwear as the terrain became more marshy and chastened himself further when he spotted a dangerous looking man on horseback. As the man rode by he reflected to himself that perhaps it would be wise to return to town to meet with the locals and create a plan before heading back out to the wilds. 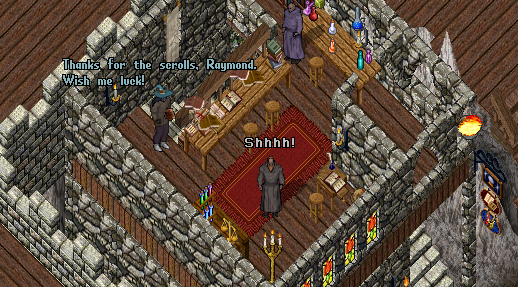 It had taken some careful financial calculus to make it work with his budget, but he had managed to save enough for the blue hat, and he was ready to begin his adventures on the mainland! First, however, he made a stop at the town’s scribe and mage shop. Thanking the head scribe for the scrolls, he took to the road headed north along the coast. 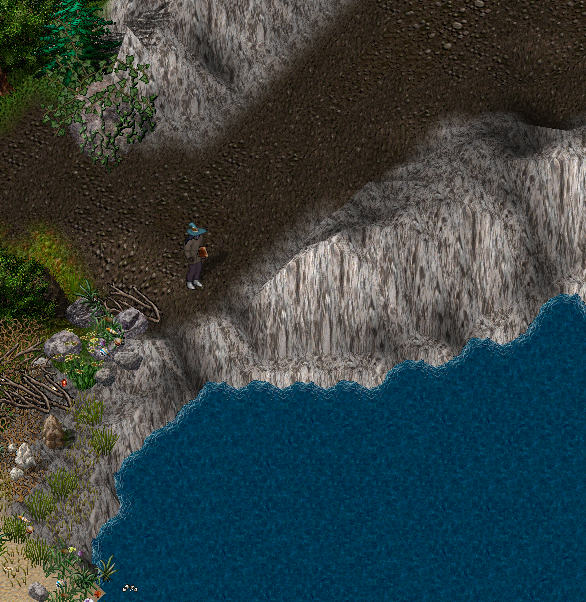 Pausing periodically to enjoy the view of the bay, Numquam felt truly at ease for the first time since he had arrived. He took a moment to acknowledge the blessings that had led him to this moment. 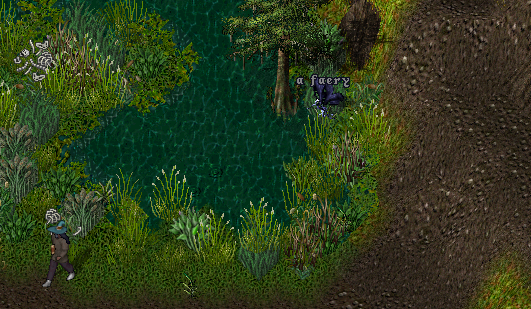 The tales were true. The druids and faeries had indeed taken control of these lands, and they were merciless in their defense of what they felt was theirs. 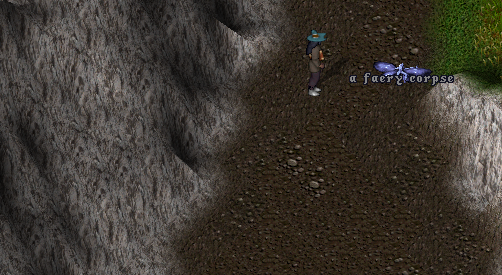 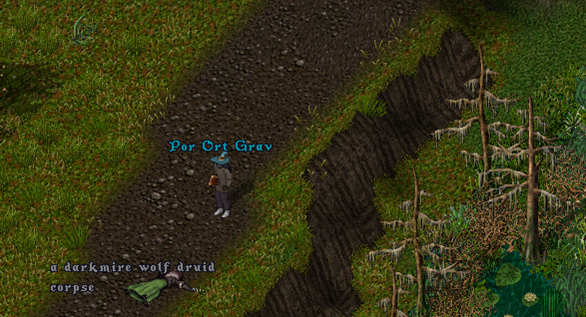 Despite their ferocity, Numquam was able to find success through patient persistence and the use of his growing magical skills. 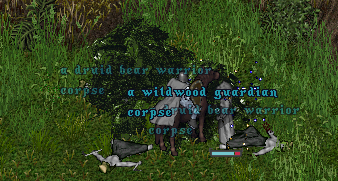 He was also struck by the strength of one local warrior, who made short work of numerous faeries and druids at once. 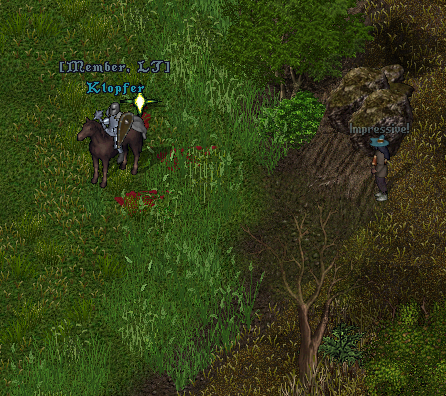 At one point he was even able to dispatch a wisp! 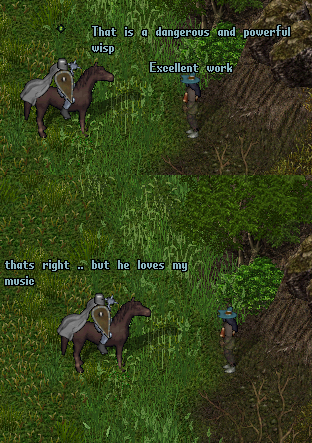 He explained that his success was due in large part to his skill as a musician. Apparently he had learned from masters himself, and knew just how to play to lull these creatures to a peaceful slumber. 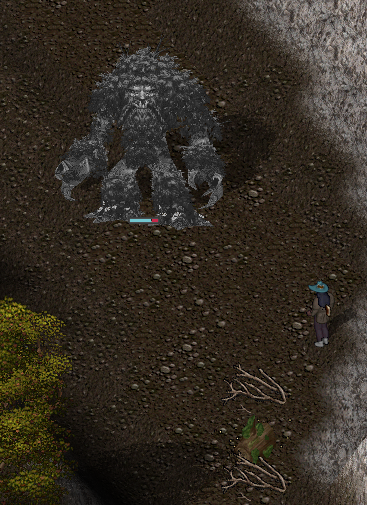 Numquam continued his investigations, relying primarily on his wizarding ways and quickness of foot for self defense. 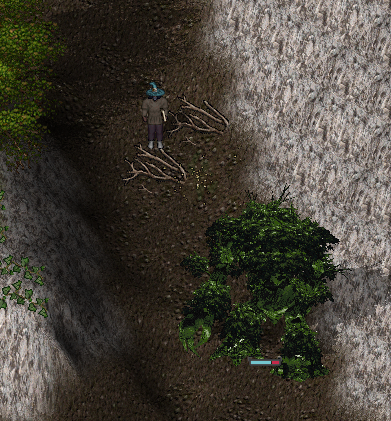 Unfortunately, before long he had used up all his scrolls, and was in a bit of a bind. The guardian still had a thirst for blood, but Numquam wasn’t able to continue the fight. 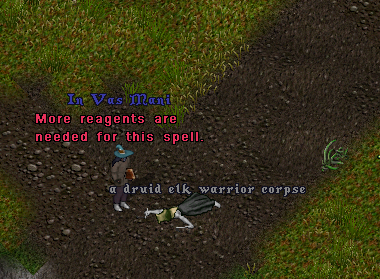 He decided to see if he could wrestle a walrus, intending to use the hides he would gather to create more scrolls for himself. 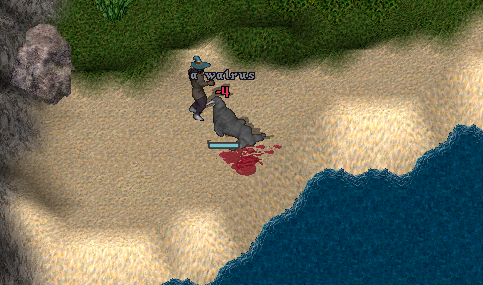 Unsurprisingly, the walrus was not interested in his plans, and put up a stiff fight. 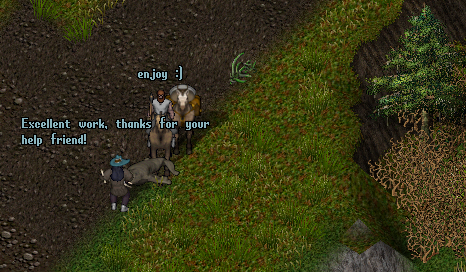 Numquam was fortunate that a local miner happened by and decided to came to his aid. 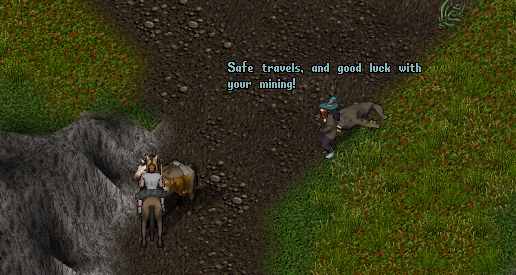 With teamwork, the two were able to dispatch the beast.

Numquam returned to find the guardian, and used the fresh scrolls to make short work of the creature. However, his activities had awaked other creatures in the forest, and he took that as his cue to head for town. As soon as the gold was in his pack he made for Horseshoe Bay, ready to exchange his riches for more scrolls to continue his training as a wizard. 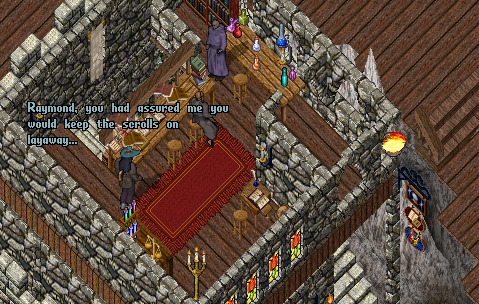 Upon his return to town, he learned that the scribes had sold out of all their scrolls. 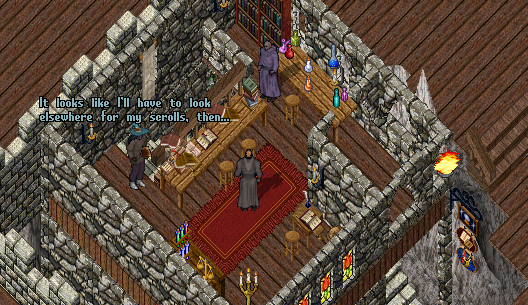 After a brief admonition for the head scribe, he traveled to Prevalia, where he hoped there would be scrolls available for purchase. 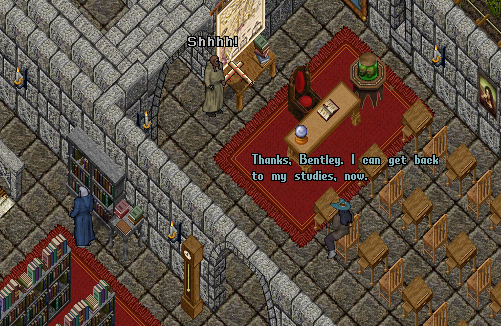 His efforts were rewarded there, as he found more scrolls than he could ever hope to carry (or afford). 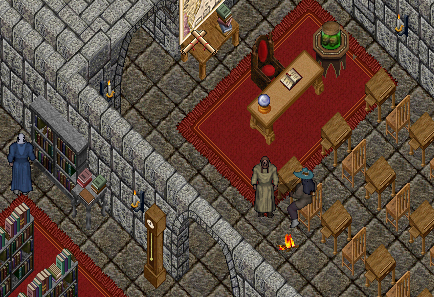 He continued his practice in the Prevalian library, hoping the preceptor would not notice the small campfire he had set to practice his skills in camping while he worked on his inscriptions.
Last edited: Jul 13, 2021
You must log in or register to reply here.
Share:
Facebook Twitter Email Link
Menu
Log in
Register